Here’s a luscious dessert drink that’s as easy as pie to make for adults and kids alike. Combine Martinelli’s Apple Cider with the seasonal flavors of caramel, cinnamon, ginger and fresh whipped cream, and garnish with a sprig of fresh rosemary. It’s like a slice of fresh-baked apple pie in a glass! 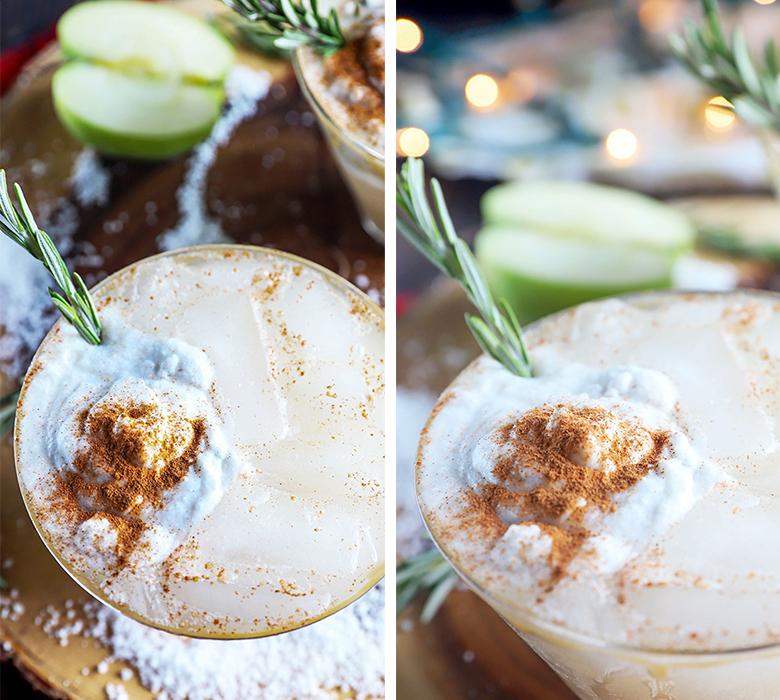 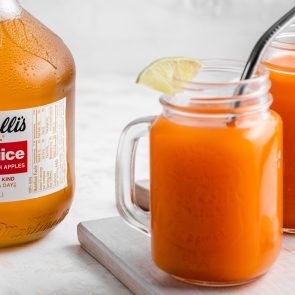 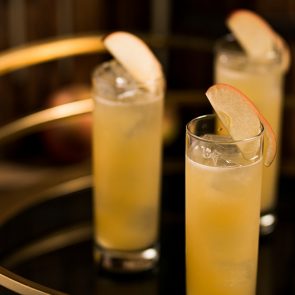 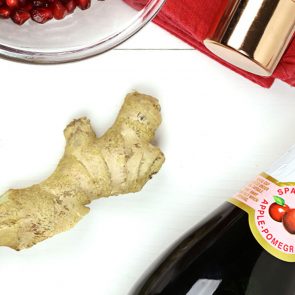