In anticipation of our upcoming 150th anniversary celebrations, we decided to restore one of the original 1930’s Martinelli’s delivery trucks that kept the business up and running during the Great Depression.

Martinelli’s takes pride not only in our product, but also in the people who keep the wheels turning within the company. Our employees keep the apples pressed, bottles filled, and the deliveries moving, and it’s been that way since the beginning. Even though the company has scaled up from small Ford delivery trucks to international carriers, this philosophy continues on today. In anticipation of our upcoming 150th anniversary celebrations, we decided to restore one of the original 1930’s Martinelli’s delivery trucks that kept the business up and running during the Great Depression.

Due to the times the company later needed to expand the fleet, and the only delivery truck from the 1930s left in the company’s possession is a 1932 Ford Model B flatbed. The man behind its wheel was the faithful employee, Fred Hillman. Based on company records and information provided by his family, we know he worked as a salesman for Martinelli’s for at least 30 years, delivering bottles, transporting apples, and taking it to fairs and exhibitions — switching out the delivery stakes on back with a large, parade-worthy replica of the iconic Martinelli’s jug.

With its time as a work truck done and its restoration almost complete, it will now be 100% dedicated to appearing in parades, fairs, and other special events. It already has a new engine, a fresh coat of red paint, and a new design in the works for the truck bed. Plans for the bed include side panels that open like shutters and hold ice cold juice and sparkling cider to share with guests, friends and patrons thirsty for some refreshment.

With one of our most exciting historical possessions soon to be back on the road, Martinelli’s hopes to bring back a bit of history and a lot of celebration to share with our community and all those who helped Martinelli’s reach its 150th anniversary.

As we celebrate the past, we cheers to the future!

John Martinelli visiting the company store in the old Ford Truck. Restoration is not complete, but it is well on its way!)

I have enjoyed your company’s products for as long as I can remember. I recently came across the website and have completely enjoyed learning about the history and other company interests. I think the restoration of the trucks is a fantastic idea. Nostalgia is great PR! Love this!

But before the Rat Pack and the h amendment, there were the Swiss-born brothers, Stephano and Luigi Martinelli, who immigrated to the U.S. during the Gold Rush years and started farming apples in present-day Watsonville, just south of Santa Cruz, Calif. They introduced a fermented, or “hard,” cider in 1868, and by 1885, they were churning out 15,000 gallons a year (fast forward to 2017, Martinelli’s produced that much in less than two hours). The brothers began racking up gold medals for their cider at state fairs, which explains the medals you see on the labels today. In anticipation of Prohibition, Martinelli’s bottled its first unfermented — alcohol-free — apple juice in 1917. In 1933, the brand introduced its famous apple-shaped glass bottle with the slogan “Drink Your Apple a Day,” and the rest is history.
By the way! The best essay writing service – https://www.easyessay.pro/

I find I have nowhere to put the bottles after the apple cider is gone. Is there a way to recycle the bottles. I love the Sparkling Cider, but the bottles take up so much room and I hate to throw them away.

Hi Donna, there are many ways to recycle our bottles! You can make a vase out of them, put string lights in them and make a lamp, and more ways that we’ve posted on our blog and Pinterest account. Check out our bottle snowman craft for example : https://www.martinellis.com/kids/craft-martinellis-bottle-snowman/

A Tradition of Innovation 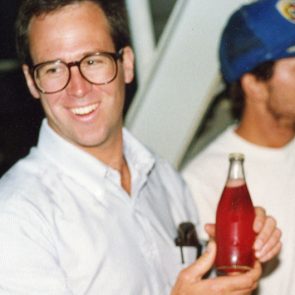 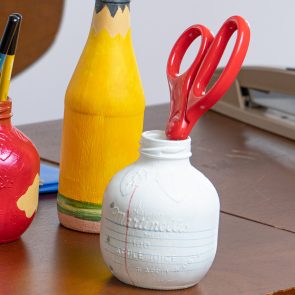 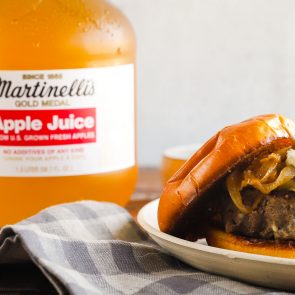