These apple cider donuts are a soft cake donut with a crunchy exterior. They are coated in a homemade apple cider glaze or cinnamon sugar for a perfect subtle apple cider and cinnamon taste in every bite.

Every fall we go to a local orchard and enjoy some fresh apple cider donuts. Thanks to Martinelli’s Sparkling Cider I can now make my own at home all year long, and let me tell you, they are amazing.

These donuts are made with a few basic pantry ingredients: flour, sugar, salt, cinnamon, butter, and two cups of Martinelli’s Sparkling Cider. The cider is boiled down to make it extra concentrated to get that delicious fresh apple taste in every bite!

From now on I’m going to be celebrating with a bottle of Martinelli’s Sparkling Cider and some of these amazing donuts too. Let’s be honest, I’ll probably be whipping them out for some smaller celebrations too – Fourth of July barbecue maybe, or even a fun family picnic.

These donuts are like soft sweet cake throughout the middle, coated in a crunchy shell and the perfect apple cider glaze that soaks into every bite of each donut.

Traditional apple cider donuts are coated in cinnamon sugar, so I made a few that way as well and its equally delicious, though they get a little more of the apple cider flavor with the glaze.

However you have them these donuts are delicious in the spring, summer, fall, and winter. Don’t forget to visit Martinelli’s Pinterest Account for more delicious recipes. 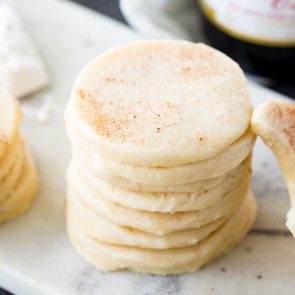 And the Globe Goes To 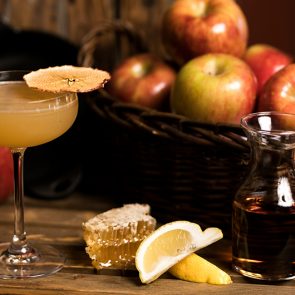 How to Brew a Hot Apple Toddy 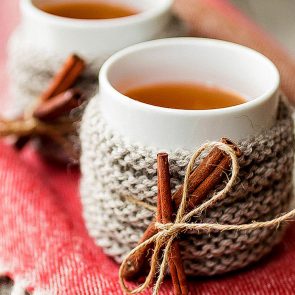