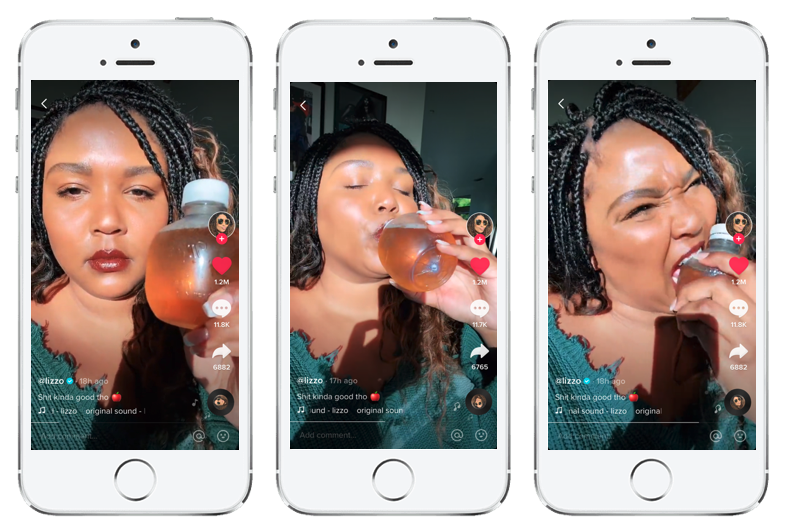 Martinelli’s is having a golden moment on the popular social channel TikTok. Hundreds of thousands of Gen Zer’s and celebs like Lizzo are taking a “bite” out of the brand’s iconic apple-shaped plastic bottle to see for themselves (and their followers) if it sounds like they’re really biting into an apple. Spoiler alert: it does!

Various hashtags including #Martinellis and #AppleJuiceChallenge collectively have been viewed more than 316 million times on the popular platform, and the small plastic bottles have become as hard to find as toilet paper!

Martinelli’s does not condone biting into plastic and wants consumers to know that the juice inside tastes a lot better than the bottle; it tastes like you’re drinking a real apple. While many brands of apple juice are made from foreign concentrate and added water, Martinelli’s is made from U.S. grown fresh apples. Taste the difference yourself!