FOR IMMEDIATE RELEASE
IN CELEBRATION OF ITS 150TH ANNIVERSARY,
MARTINELLI’S INTRODUCES THE 150th RASPBERRY MINT SPARKLER 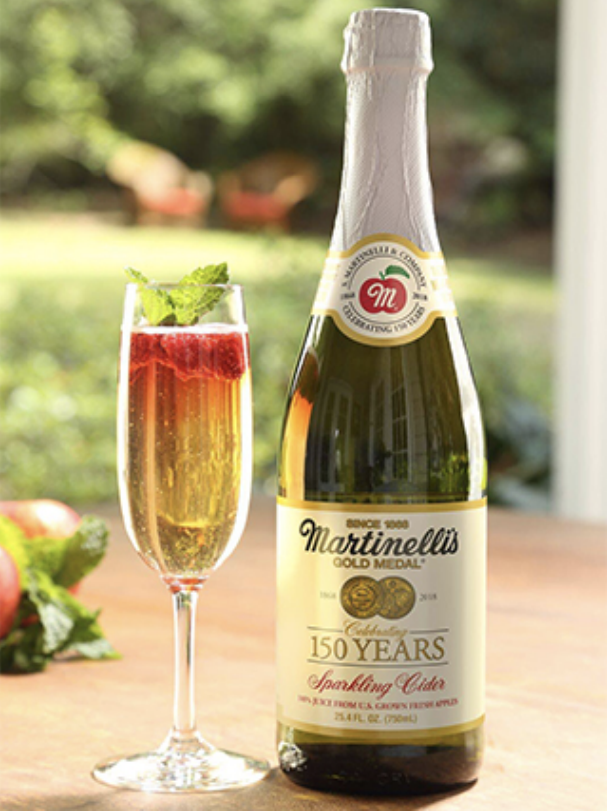 “Martinelli’s makes its juice from fresh-pressed U.S. grown apples as we have done for 150 years,” said Gun Ruder, President of S. Martinelli & Company. “Each ingredient in our new celebratory recipe highlights the fresh and crisp apple taste that Martinelli’s is known for. We are excited for consumers to try this recipe and celebrate with us.”

The Martinelli’s 150th Raspberry Mint Sparkler will be featured at various Martinelli’s celebratory events throughout the year. For the full recipe, please see below.

Chef’s Note: Packages of frozen berries have a tendency to “clump” together or break down. You may use 1/4 cup of the frozen “broken” berries, if desired. For more “whole” berries, purchase fresh berries and freeze on a parchment-lined baking sheet in a single layer. When frozen, store in a smaller container or plastic bag.

About S. Martinelli & Company
S. Martinelli & Company has been family-owned and operated since 1868, producing Gold Medal premium quality apple juice products in Watsonville, California. This year the company is lead by its fourth generation CEO, John Martinelli, as they celebrate their 150th anniversary as a company.