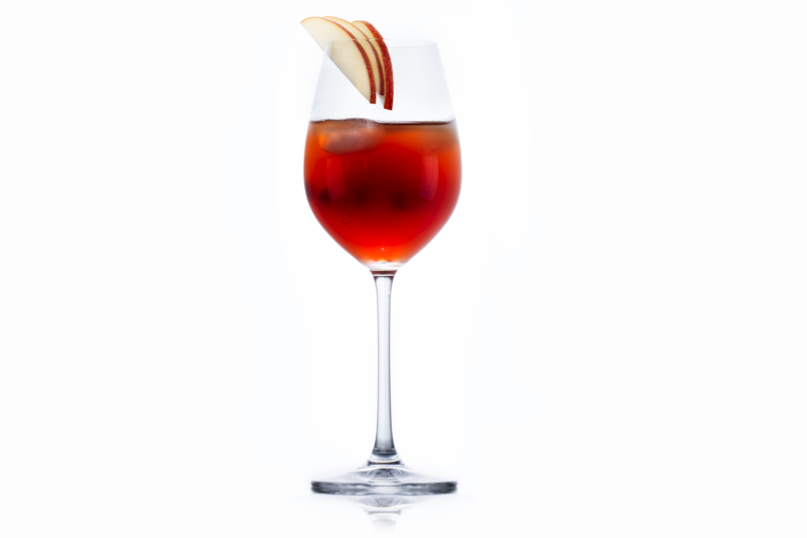 S. Martinelli & Company is celebrating the 150th anniversary of its iconic Sparkling Cider and Apple Juice made from 100% U.S. grown fresh apples. Now America’s favorite sparkling cider in the classic Champagne-style bottle has come down from the grocery shelf and into the Instagrammable cocktail glass.

Nationally acclaimed cocktail innovator Aaron Polsky of Hollywood’s Harvard & Stone bar has taken his lifelong love of Martinelli’s Sparkling Apple Cider into the R&D lab and come up with the contemporary “Martinelli’s Jubilee Cup” – literally a drink recipe for the ages, in honor of the famous apple presser’s sesquicentennial. The company was founded in 1868 and still drives national beverage trends from its home city of Watsonville on the Monterey Bay Coast in Central California.

The Jubilee Cup arrives just in time for the 2018 holiday entertaining season, which is especially fitting because celebrating the holidays with Martinelli’s was a thing even before the holidays were officially a thing: the U.S. government didn’t declare Christmas an official observance until 1870, two years after Martinelli’s began selling its bottled gold for Yuletide and year-round occasions.

Martinelli’s Sparkling Ciders and Juices have been central to American family celebrations for one and a half centuries, especially around Thanksgiving, Christmas and New Year’s. Not many other brands have been around that long and still remain so in-demand and on-trend. Martinelli’s is still made in the same location and is 100% juice with no added water, sweeteners or chemical preservatives. These product features are especially appealing to Millennials who want to know what’s in the beverages they drink. Martinelli’s Organic Sparkling Apple-Pomegranate is available in Whole Foods stores throughout the country.

While the company doesn’t release its sales or volume figures, it’s safe to say that the fourth quarter of the year remains a dominant time for Martinelli’s, both in the business world and in the persistent sense memories of so many consumer fans, including bartender Polsky.

“I’ve had a genuine affection for Martinelli’s since my childhood,” Polsky said. “For the Martinelli’s Jubilee Cup, which is both an anniversary salute and a holiday-inspired drink, I drew inspiration from the fall flavors of Martinelli’s Sparkling Apple-Pomegranate as well as from the classic Jack Rose cocktail of applejack, grenadine and lime. Also, pomegranates are very much in season and I found that the tartness of the cider really plays well off of the spice of the rye and bitters.”

Polsky and Martinelli’s also share an important modern value: environmental awareness. Polsky instituted a straw-by-request (and only paper ones are available) policy at his bars to reduce plastic waste. Martinelli’s, which does not have a “juice box” SKU with attached plastic straw like most of its apple juice competitors, is marking its 150th anniversary by embracing the efforts of eco-leaders such as Polsky and Shelby O’Neill, a Central Coast teenager who was just awarded the Girl Scouts’ Gold Award for her campaigns to reduce plastic straw waste polluting the oceans and consequently visited Martinelli’s headquarters for a supply of her favorite juice.

To enjoy a “green”-friendly celebratory drink in honor of Martinelli’s 150th holiday season, Aaron Polsky’s no-straw-required Jubilee Cup can be easily made at home for individual servings or for punchbowl yields for parties.

For a single serving:

Add 2-3 oz Martinelli’s Organic Sparkling Apple-Pomegranate to a large wine glass. Shake other ingredients in a cocktail shaker with ice, pour all ingredients including ice into wine glass. Garnish with fresh pomegranate arils and an apple slice and serve.

Combine all ingredients with ice in a punch bowl and stir well. Garnish with fresh pomegranate arils and apple slices and serve.

Polsky heads the bar at Houston Hospitality’s Harvard & Stone. There he creates eclectic, elevated, yet unpretentious cocktails to match the soul and grit of the East Hollywood rock n’ roll bar — an industry favorite and destination hangout where Polsky and his bar team are just as happy to serve balanced, craft cocktails as they are a shot and beer. Harvard & Stone is six-time Spirited Award nominee and is consistently recognized as one of the best bars in the city by industry and media alike. Follow Polsky on social media @AaronPolsky.